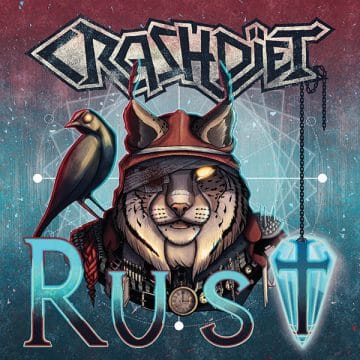 “Sweden’s own sleaze metal pioneers, Crashdiet (Band) are back with a new album, Rust and a new music video, “Idiots”….

The “Idiots” video is a tribute to the best movies ever made, according to the band’s cinematic opinion, as they turn back time a few decades, revisiting the good old days.The video was shot by Jimmy Johansson (Super Lino Puro), who also produced the band’s two previous videos, “We Are The Legion” and “Reptile”.

“Rust” is the first studio album in six years and is the follow-up to the 2013 effort, “The Savage Playground“. It also signifies the first album to feature the band’s newest member, vocalist Gabriel Keyes, who joined the band in 2017.

“Rust” was produced by Martin Sweet (apart from two tracks produced by Eric Bazilian and Chris Laney) and mixed by Chris Laney, who previously worked with Crashdïet on their 2005 critically acclaimed debut, “Rest In Sleaze“….” 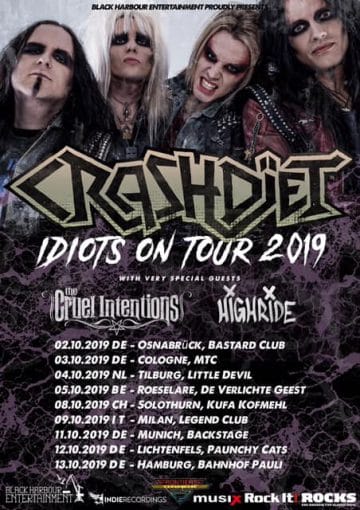