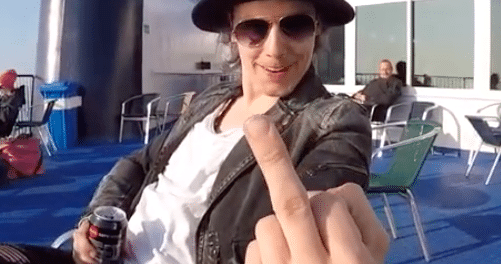 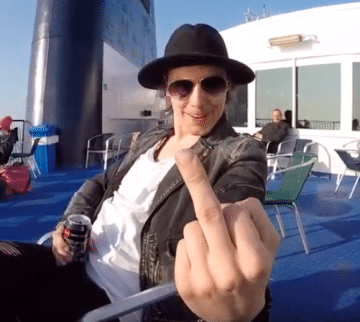 Swedish sleaze rockers Crashdïet have released Part 2 of 3 of their The New Kid video to promote their new lead vocalist Gabriel Keyes in advance of the release of their new studio album Rust, which will be out on September 13, 2019.

Sleaze Roxx interviewed Keyes back in December 2017 shortly after the announcement that the singer had joined the band.

Keyes shared what are his three favourite albums of all-time as he indicated: “Hmmm. First, Bryan Adams’ Reckless. It’s just a fucking great album. There’s so many great songs on that album and I think that it was the breakthrough album for Bryan so I don’t know. I love it so fucking much! Such great songs!… Hmmm. Slave To The Grind by Skid Row. I love the vocals…. Yeah. I am the biggest Skid Row fan ever I think…. But now, I am the biggest Skid Row fan of the Sebastian [Bach] era. Not so much right now. I haven’t listened to them like the new album so I don’t know so much actually…. Hmmm. Let me see. There’s so many albums to choose between [long pause]. I don’t want to say Appetite For Destruction [by Guns N’ Roses] because that’s just so obvious. [The] Crimson Idol with W.A.S.P..”

Keyes sings a short part of a song from one of his three favorite albums in the video below.

Part 2 of 3 in a mini-vlog series about Gabriel Keyes.Pre-order the upcoming studio album “RUST”, out 9/13: Diet Records (Scandinavia / Australia) : http://b…