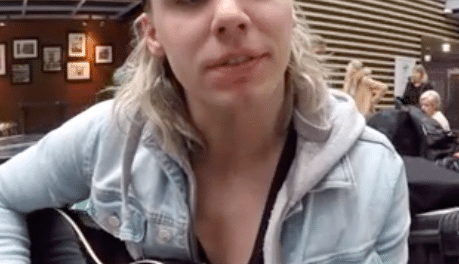 Swedish sleaze rockers Crashdïet have released Part 3 of 3 of their The New Kid video to promote their new singer Gabriel Keyes in advance of the release of their new studio album Rust, which will be out via Frontiers Music Srl on September 13, 2019. 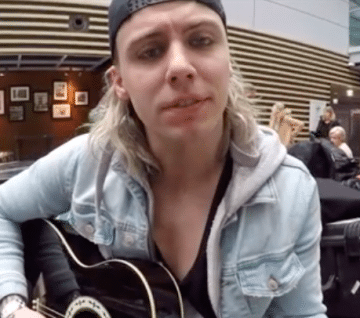 Sleaze Roxx interviewed Keyes back in December 2017 shortly after the announcement that the singer had joined the band.

In terms of the groups that he had been in prior to Crashdïet, Keyes advised: “I was actually in a band called Perfect Crime before from Stockholm that I formed with my brother and another guitarist from Sweden. I think that the band is still around but there’s only one guy in it so I don’t know so much about it. We were playing two, three years together. We had some shows in Stockholm at Harry [B] James and stuff like that. We released an EP in… I think it was in 2014. It was called ‘Wanted’ but they are not available anymore online.”

With respect to why he ended up leaving Perfect Crime, Keyes indicated: “‘Cause we couldn’t get along — me, the guitarist and my brother. I think that everybody was like on a different level for what we wanted to play and what we wanted to do so it was that kind of situation. After that, I was so tired of everything so I had long black hair before. I just cut it off and I was like — I was lost for awhile. I didn’t know which way to go. I didn’t know which identity that I had or something but now I feel more like myself again. I’m back [laughs]!”

Part 3 of 3 in a mini-vlog series about Gabriel Keyes.Pre-order the upcoming studio album “RUST”, out 9/13: Diet Records (Scandinavia / Australia) : http://b…