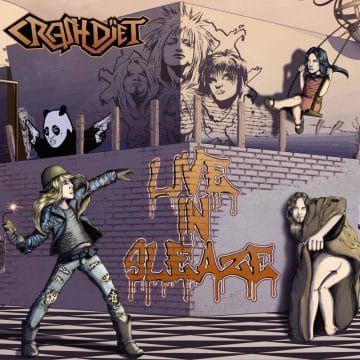 live album entitled Live In Sleaze in October or November.

The following message in part was posted on Crashdïet‘s Facebook page about three hours ago:

“We are delighted to announce that you can pre-order ”LIVE IN SLEAZE” today!

Back in 2005 we made a mess everywhere we went. We were the first sleaze rock act in decades to get signed directly to a major label. In support of our critically acclaimed and charting debut album ”Rest in sleaze”, we toured every small venue in Sweden. We had a small but growing crowd every night. We were four hungry and naive men in our 20s, out to destroy mostly everything that went our way.

This live album contains one of the few live recordings from this era. Only months later, lead singer Dave Lepard would leave this earth. This is a chance to witness the raw and unpolished energy of a young and furious rock band.

Mixed and mastered by ”Rest in Sleaze” producer Chris Laney. 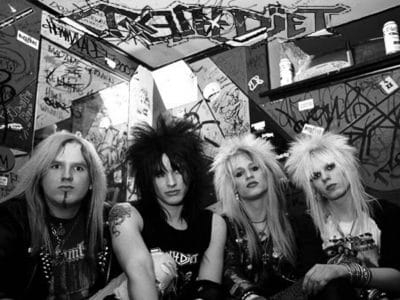 Live In Sleaze can be pre-ordered on CD, LP and download at: http://www.dietrecords.org/crashdiet/lis.” 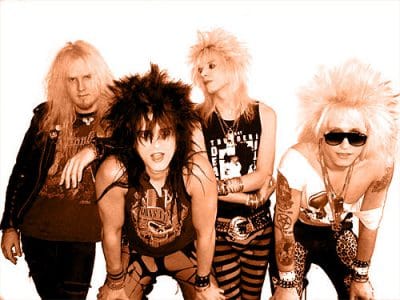 “We feel that we want to carry on the Crashdïet legacy, which will keep Dave‘s spirit alive for a long long time.. It would be a shame NOT to spread the message across the whole world and let them know what real music should sound like!” 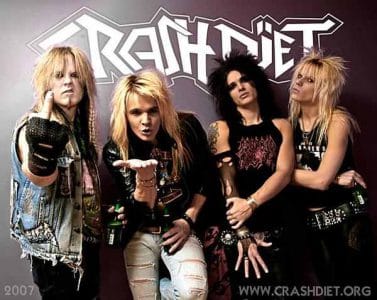 On January 22, 2007, the band announced the addition of a new vocalist, H. Olliver Twisted from Finland (also playing in the band Reckless Love). They officially released their entire debut live performance (on the Rest in Sleaze Festival in February) with Olliver via their website as a free download. Later in the year, the band also announced plans for the album The Unattractive Revolution, and a single, “In The Raw”, to be released on September 5, 2007, in Sweden.The album was released on October 3, 2007 and debuted at No. 11 on the Swedish album chart.

In November–December 2007, and February–April 2008, Crashdiet toured as opening act for Hardcore Superstar and on February 23, the band announced via their official website that the second single from their new album would be “Falling Rain” On July 13, 2008, it was announced via the band’s official website that H. Olliver Twisted had come to an agreement with the band to go their separate ways. In 2009, the band announced their new lead singer Simon Cruz and played their first show with him on the Sweden Rock Cruise in October. 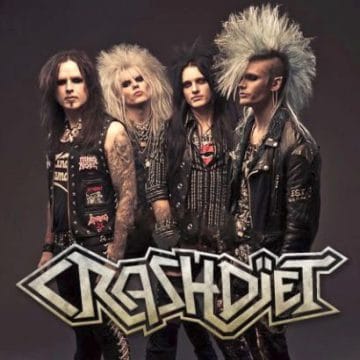