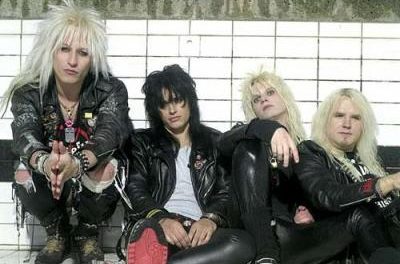 Blastzone Entertainment will be releasing Crashdïet‘s Live In Sleaze 2005 on 100 Limited Edition Gold vinyl and 400 Black vinyl, 25 will be hand number and signed by the three remaining original members of Crashdïet. There will also be a limited amount of test pressings for sale. The Blastzone Entertainment vinyl versions will have a different cover and will be available for preorder soon. For more information, you can contact blastzoneentertainment@yahoo.com. 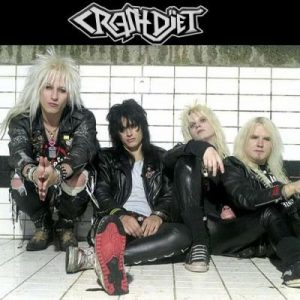 In addition, Blastzone Entertainment will be giving away one Gold vinyl copy, one Black vinyl copy, one Test Pressing copy and one surprise. You can enter to win by forwarding your name and Facebook link to blastzoneentertainment@yahoo.com.

Speaking exclusively to Sleaze Roxx, Blastzone Entertainment‘s owner Mike Wilkerson stated: “Crashdïet is one of my favorite bands of all time and to be able to put out this project is a dream come true.”

Blastzone Entertainment is working with a number of other artists whose albums it will be releasing on vinyl in 2017 including Sweet Creature, PJ Farley, Bang Tango, Blackbone, Alien, Teenage Casket Company and Bride.

Crashdïet‘s Generation Wild album landed the #1 spot on Sleaze Roxx‘s Top Ten Albums of 2010. Sleaze Roxx stated the following in that regard: “I’ll be the first to admit that I never jumped on the Crashdïet bandwagon in the past. In my eyes the band’s cult status in the sleaze community often surpassed their actual musical output, mainly due to the untimely death of Dave Lepard. But that was then, and now I can proudly say that I finally see what all the fuss was about. The Swedish band’s first album with new singer Simon Cruz may be their heaviest and most impressive disc to date — if it doesn’t surpass 2005’s Rest In Sleaze it certainly matches it in every possible way.” Generation Wild also landed the #2 spot on the Sleaze Roxx Readers’ Top 20 Albums of 2010.

Crashdïet‘s “Riot In Everyone” (from the Rest In Sleaze 2005 tour):