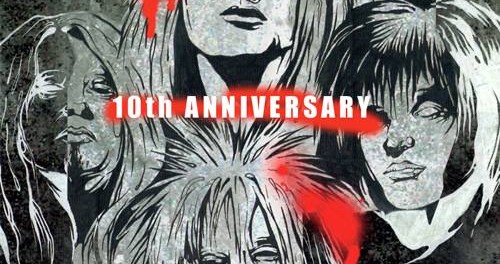 Sweden sleaze rockers Crashdiet‘s 2005 album Rest in Sleaze is to be released on vinyl and is currently available for pre-order. 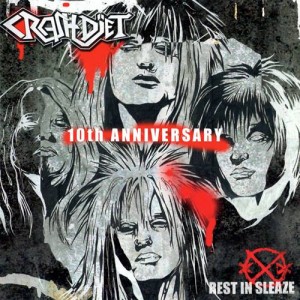 Crashdiet‘s bassist Peter London posted the following succinct Facebook message in that regard two days ago:

“Hey dudes, I’ve missed you!
Rest In Sleaze on VINYL is finally available for PRE-ORDER :
https://www.indiegogo.com/…/crashdiet-rest-in-sleaze-10th-anniversary-vinyl/#/
Stay in touch!
//LONDON“

“Dear Dïetheads, as you’re most likely already aware of, our debut album Rest In Sleaze just turned 10 years old and we want to celebrate this with you!

This was the album that started it all, back in 2005, and a vinyl edition have been frequently requested by fans ever since it first came out on CD. We’re now extremely pleased over the fact that we will be able to purchase the licensing rights straight from Universal, which means that we have permission to release a worldwide limited edition of 1,000 vinyls.

However, this means that there are costs involved that we usually don’t have to deal with, such as Universal royalty fees ($4,000), a proper remaster for vinyl ($1,000), professionally artwork adapted for gatefold vinyl ($350), professionally shot band photos from 2005 (never published before) ($200), just to name a few. Another challenge with vinyl in general is the shipping cost we have to add to every order, that we cannot do much about – shipping vinyl worldwide from Sweden is retartedly expensive…

Still… We don’t feel comfortable letting any other record company release this for us. Control freaks as we are, we really want to do this ourselves, but counting all the factors above, this is a high risk project, which is why we chose to once again, reach out to you – our dear fans – to help us out.

This is an “ALL OR NOTHING” campaign, meaning that unless we reach our $5,000 goal, all your money will be paid back in full and the project will be canceled or put on hold.

Reserve your copy now, make this happen, celebrate with us and never forget the Dave Lepard legacy.

Sleaze Roxx stated in its review of Rest In Sleaze: “The bad boyz from Sweden have made one of the best glam records ever. You don’t believe me? Imagine your favorite glam bands and then mix them together, add a little modern touch, and the product is Rest In Sleaze. But to be honest, Crashdiet remind me of a mixture of Ratt, Motley Crue, Def Leppard and Guns N’ Roses, and all of them are great bands. There is nothing really groundbreaking here, apart from the fact that this album rocks from beginning to the end!” Sleaze Roxx concluded: “Rest In Sleaze is my favorite album, and I give it 10 out of 10, a slap on the back and a round of drinks for Crashdiet. Give it a listen if you haven’t already.”