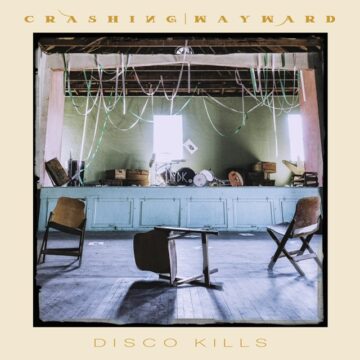 “Crashing Wayward is an exciting new alternative active rock band that hails from Las Vegas, Nevada, but its roots stretch out farther than that. The band has a very interesting back story. As Electric Radio Kings was right on the verge of success with a top 30 Billboard Mainstream rock hit, National active rock radio play, and twice featured by Alice Cooper on Nights with Alice Cooper radio show, the band imploded. Stacey picked up the pieces and the universe brought these five guys together for a reason: Crashing Wayward!

Deemed the next exciting alternative modern rock act to watch in 2021, à la Royal Blood and Stone Temple Pilots, these boys are the new rising resurgence of rock n’ roll that is taking back popular and mainstream music. Crashing Wayward features premiere frontman Peter Summit on vocals whose commanding stage presence and style is influenced by a large range of artists from Michael Jackson, Freddie Mercury, Bono, Dave Gahan to David Bowie.

What makes the band gain popularity and fans quickly is their super-strong songwriting and combinations of many great mixtures of music. With the echoes of past and present, the band reaches a huge demographic.

Crashing Wayward are working on their new record with long-time Metallica engineer, the one and only, “Met Mixer” Mike Gillies for the second time, working out of famed producer Kevin Churko’s The Hideout Recording Studio in Las Vegas, NV to the excitement of their fans exploding onto the scene with a new look, vibe, and sound!