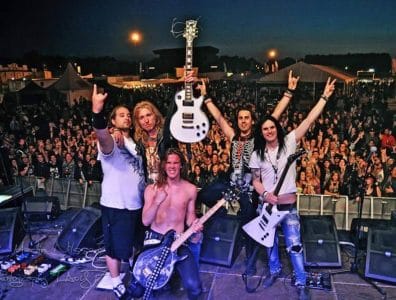 Let’s not get into what a year it has been, but for one it did give us some time to work on a lot of new music. There has been some talking about a new album, and yes, we are just about to enter the studio and start the recording of what will be our seventh studio album!

We also have a lot of shows booked for 2021 and we hope they will all proceed as planned. Either way, you’ll be updated here on our page.

We want to wish you all the best of times during the holidays! Be safe and follow your local restrictions so we can all party together when everything gets back to normal – If it was ever normal in the first place…