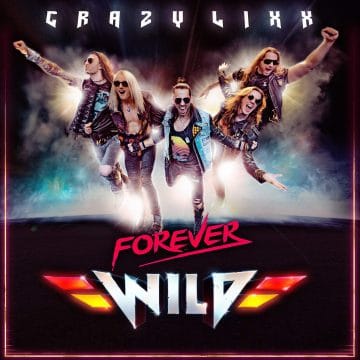 “Wicked” and a new studio album Forever Wild, which is scheduled for release via Frontiers Music Srl on May 17, 2019.

Subscribe here for more videos – http://radi.al/SubscribeFrontiers | From the album FOREVER WILD. Get your copy NOW: http://radi.al/CrazyLixxForeverWild Follow the “Newest From Frontiers” playlist on Spotify to keep up with all the new songs we release each week: http://spoti.fi/1rQz5Zm Swedish hard rockers Crazy Lixx are back with another gem of an album that harkens back to the best of ’80s hard rock, while also keeping a foot firmly planted in the 21st century.