Swedish sleaze rockers Crazy Lixx have revealed their two new guitarists in a humorous new video for the song “All Looks, No Hooks” from their self-titled album released back in November 2014. 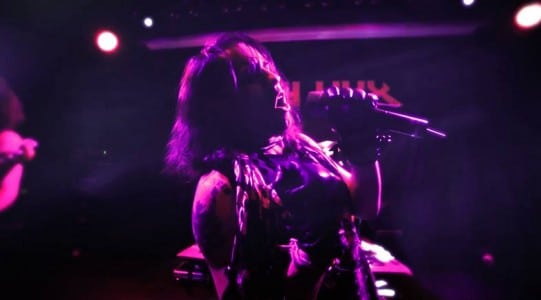 Although the video does not identify the two guitarists, one of them is definitely Dirty Passion guitarist Chrisse Olsson who just confirmed to Sleaze Roxx that he has indeed joined the band. The other guitarist has been confirmed as none other than ex-Bai Bang guitarist Jens Lundgren.

Sleaze Roxx stated the following in its review of Crazy Lixx‘s last self-titled studio album: “Has there been a band as consistently impressive over the last decade as Crazy Lixx? Probably not, because time after time they deliver the goods while raising the melodic rock bar higher and higher. Bands come and go, occasionally stumbling upon greatness, but Crazy Lixx have been the face of excellence for so long now that no one can claim their career has been an accident. Crazy Lixx is an album tailor made to propel this underrated group into the stratosphere, and if it doesn’t I suggest their record label clean house in the public relations department. The only injustice when it comes to Crazy Lixx is their timing, because if they would have hit the scene in the mid-’80s we’d be talking about them in the same breath as legendary groups like Whitesnake and Def Leppard — that’s how great they are!”