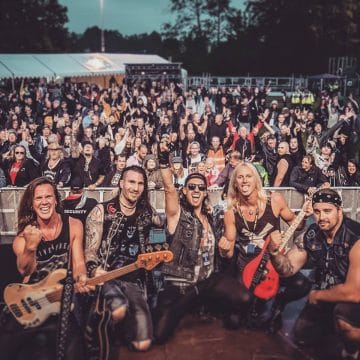 The dream becomes a reality as Swedish sleaze rockers Crazy Lixx will finally be playing on US soil on May 4, 2018 when they play Day One of the Melodic Rock Fest 5. The festival will be taking place at the Home Bar in Arlington Heights, Illinois, USA from May 4 to 6, 2018.

In an interview with Sleaze Roxx back in August 2015, Crazy Lixx frontman Danny Rexon stated the following about the group touring in the USA: “We’ve really, really always wanted to come to the US but the economy just doesn’t add up, at least not with the deals we’ve been offered. It’s not that we avoid the States. On the contrary, touring there has been one of our long time goals, but it just hasn’t worked itself out between the band, agents and venues. If we do get the band back on track, I promise that US shows will be high on the priority list.”

In an interview with Rock Revolt Magazine back in January 2015, Rexon stated: “We haven’t been in the U.S., but we’d love to come over and play. We just haven’t found a serious promoter over there that wants to hook us up. So, no real plans as of now, but we do have a lot of fans in the US and it’s always been a dream of mine to tour in America.”

Crazy Lixx released their fifth studio album Ruff Justice back in April 2017. Sleaze Roxx stated in its review of Ruff Justice: “Ruff Justice continues in the same vein, but with different capabilities. New Religion and Riot Avenue were solid records, to be sure. Ruff Justice differentiates itself by going even more ’80s based, using harmonic vocals and melodic guitar lines throughout similar to Danger Danger, or maybe Mr. Big.”

Other acts that will be playing Melodic Rock Fest 5 from May 4 to 6, 2018 that Sleaze Roxx follows regularly include H.E.A.T, The Defiants, Station and Roadkill. 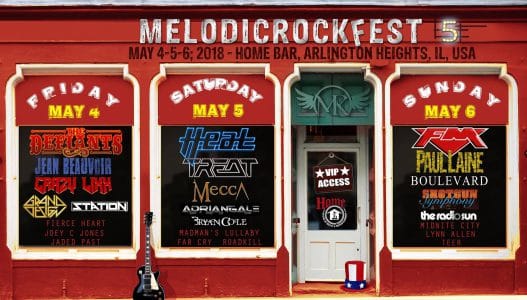