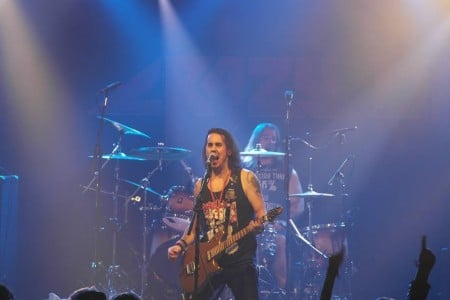 Swedish sleaze rock veterans Crazy Lixx have announced that they will be “officially” unveiling their two new guitarists when their latest music video comes out in the middle of January 2016.

“For those wondering about the announcement of the two new guitar players: We’ve finished the recording of our new music video. Soon the editing and cutting will start and the video should be out in the middle of january. Then you will see who the new guitar players are”

It was at first thought that Crazy Lixx might be unveiling their two new guitarists when they filmed their new video during a live performance at Arena 305 in Malmö, Sweden on December 28, 2015.