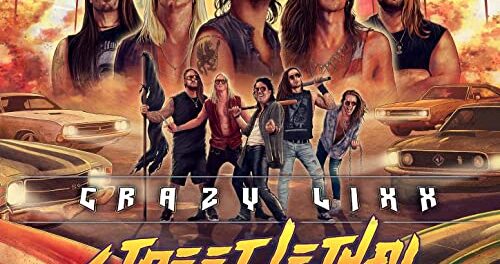 Swedish rockers Crazy Lixx consisting of lead vocalist Danny Rexon, bassist Jens Anderson, drummer Joél Cirera, and guitarists Chrisse Olsson and Jens Lundgren, have unveiled a video for their latest single “The Power” from their latest studio album Street Lethal, which was released via Frontiers Music Srl back on November 5, 2021. 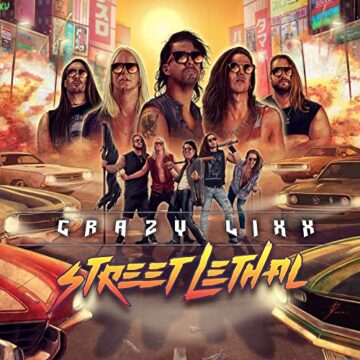 The caption for the video on YouTube indicates: “Unofficial sound track music video of the 2021 song ‘The Power’ made with clips from the final showdown between Sylvester Stallone‘s ‘Rocky Balboa‘ and Dolph Lundgren‘s ‘Ivan Drago‘ in the 1985 classic blockbuster ‘Rocky IV‘.”

“It seems that Crazy Lixx are destined to get to the #1 spot on a Sleaze Roxx readers’ year-end poll as three of the last four years has seen their Swedish contemporaries snatch the top spot with Hardcore Superstar in 2018, Crashdïet in 2019 and now Eclipse in 2021. Unfortunately for Crazy Lixx, 2021 was not the year for them to finally get that top spot despite releasing a very good album with Street Lethal. Just like in 2019, Crazy Lixx were voted into the third spot but with less votes this time around with 450 points rather than 725 in 2019. If anything, Crazy Lixx have been a model of consistency in the Sleaze Roxx readers’ eyes given that Street Lethalis their seventh album to be voted in the top six of the readers’ year end best albums with Loud Minority at #3 in 2007, New Religion at #6 in 2010, Riot Avenue at #4 in 2012, Crazy Lixx at #4 in 2014, Ruff Justice at #5 in 2017 and Forever Wild at #3 in 2019. Whatever the case, Crazy Lixx‘s latest album Street Lethal is a fantastic record with arguably one of the best songs that the group has ever come up with “Anthem For America.””