With the 2016 edition of Rock N Skull coming up soon and which has been hailed as the possible “event of the year” by Sleaze Roxx, Rock N Skull organizer Justin Murr shared a crazy story via Facebook that occurred at last year’s Rock N Skull edition: 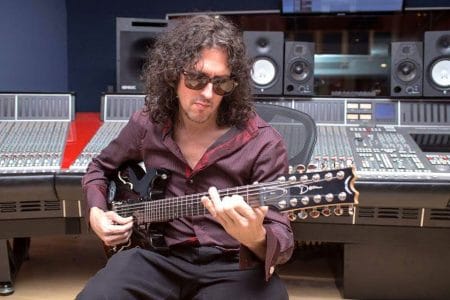 “True crazy story of the day: in 2015 we had Coldspell booked to play and they had some issues at customs. I then reached out to Kelly Keeling and we booked him a day before the event but he really had no band. Kelly went out and found two guys in a bar and they learned the songs in the back of Joe DiNero‘s van.

BTW Joe‘s wife driving from NY picked Kelly and his band mates up in PA and brought him to the show and then returned them home.”

Keeling is well known in hair metal circles for his time as the lead vocalist in Baton Rouge. The group released three studio albums during their time consisting of 1990’s Shake Your Soul, 1991’s Lights Out On The Playground and 1997’s Baton Rouge.

Sleaze Roxx recently spoke to Murr and asked him how he deals with the many line-up changes to which he replied: “2016 has been the most challenging for several reasons…. My personal life — I’m going through a divorce and a custody battle and just nonsense so to be honest, I wasn’t as focused as I should have been. We had a sponsor [HighVolMusic] not come through and that hurt the festival financially. Goodfellas in Pekin had a fire and closed down in return costing me $11,000 in refunds for my summer party concert. And when we first started booking for 2016, we had actually three guys booking the bands which caused a cluster. I didn’t like the line-up so I tweaked it. We also had some cancelations and then the Stryper thing. To be honest, I’m truly blessed in losing Stryper. This should have been devastating — and it is — but I came up with an idea of having Stephen Pearcy headline and bring some old friends with him! I’m excited for this year and looking to 2017 to really go big!”