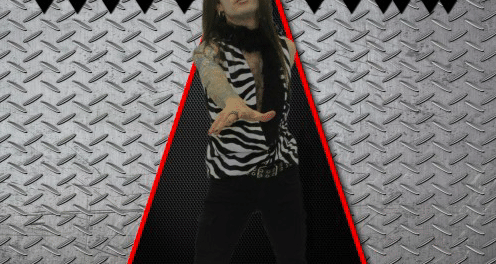 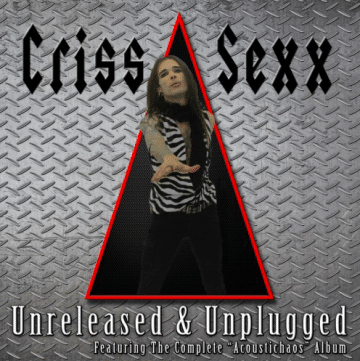 Criss Sexx has fronted Brazilian Hard Rock Glam bands Sexx Action (bass), Bang Bang Rock, Bastardz, and Nympho.  Criss grew up listening to bands like Kiss, Motley Crue, and Poison which ultimately influenced his sound and style.  Through his many endeavors, Criss has built up quite a following around the world, and his followers will surely step up to the plate and make sure that this album sells well.

Unreleased & Unplugged is a 20 track album that takes you on a journey.  From Hard Rockers to ballads, acoustic tracks and remixed tracks, and demo tracks – the album is sure to find something for everyone.  The Acoustic Chaos featured as part of this album was previously only available as a Digital Download.

Danger Danger’s Ted Poley and White Lion’s Mike Tramp contribute to the album by lending their writing talents to two of the songs on the album; Ted Poley wrote the track “Missing You” and Mike Tramp wrote the song “Have You Ever” and both tracks are done acoustically. House Of Lords‘ Jimi Bell along with Johnny Lima perform on the opening track “Burnout Heart”. The second track “Money And The Magic” features Gerry Laffy from the band Girl. Track number three, “Doin’ Fine”, features Silent Rage’s Jesse Damon on melody and backing vocals. The fourth track, “Not That Innocent”, features Tony Mills of TNT on background vocals and Kane Roberts from the Alice Cooper Band on lead guitar. And track 18 features a personal message from Criss to his fans. Also included are tunes that didn’t make it to Criss’ first solo album – “What Comes Around Goes Around” (never before released track), “Feel Your Love Tonight”, “Heal My Broken Heart” and “Starting All Over Again” – off the unreleased Snow album. In addition, there’s also the complete “Acoustichaos” solo album, available for the first time on CD.

A video for the track “Money And The Magic” is viewable at:

Criss Sexx – “Money And The Magic”

Criss Sexx’s cover version of Gerry Laffy’s “Money And The Magic”, the brand new video from the upcoming “Unreleased & Unplugged” album, out by FnA Records, …