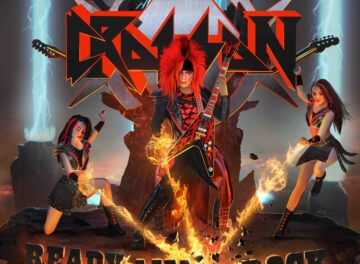 Aussie theatrical glam rockers Crosson featuring frontman Jason Crosson have unveiled a video for their new single “Stop Pretending That You Love Me” from their latest studio album Ready Aim…. Rock!!, which was released via Galaxy Records back on September 9, 2022. 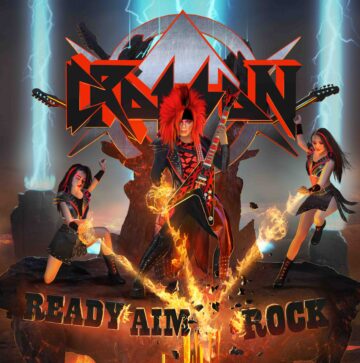 “Australian theatrical glam rockers Crosson have shown their tongue- in cheek side with the release of their new video and single “Stop Pretending That You Love Me”.  With it’s ‘catchy as chlamydia’ chorus, this song will be stuck in your head for days.

“Stop Pretending That You Love Me”, is the third video / single from the acclaimed new Crosson album ‘Ready,  Aim… Rock!!‘ which was mixed by Duane Baron (Mötley Crüe, Ozzy Osbourne, Poison) and mastered by Dave Donnelly (Aerosmith, KISS, Cher).

Crosson will be delivering their theatrical over- the- top stage show throughout Australia in January as part of Glamfest 2023 featuring Faster Pussycat, Wednesday 19, Eclipse, Enuff  Z’Nuff, Pretty Boy Floyd, Tuff and Sisters Doll.

‘Ready, Aim.. Rock!!’ is available to stream / download on all digital platforms and on CD via https://crosson.hearnow.com .

Crosson‘s “Stop Pretending That You Love Me” video: