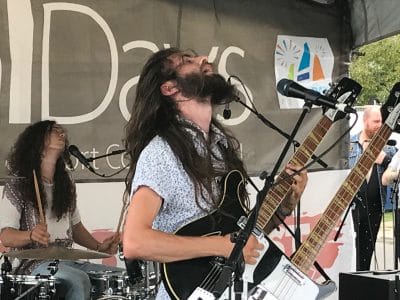 “We are so excited to announce our debut full-length self-titled LP today! It’s coming August 13th to change our lives and hopefully yours too. We made this LP in Nashville with Dave Cobb. Not only is he a masterful arranger, he’s a real nice guy too. It captures a beautiful moment in time before our world irrevocably changed. This album is an honest document of who we are as a band – tracked live off the floor in RCA Studio A on tape machines once owned by Elvis. We did it right with no click or auto tune. On top of that, we’ve made a ridiculously cool coloured vinyl pressing of the record so it looks as good as it sounds. https://crownlands.lnk.to/eor”

Sleaze Roxx stated the following in its review of Crown Lands‘ opening gig for Last Bullet at the legendary Horseshoe Tavern in Toronto, Ontario, Canada back on January 27, 2018: 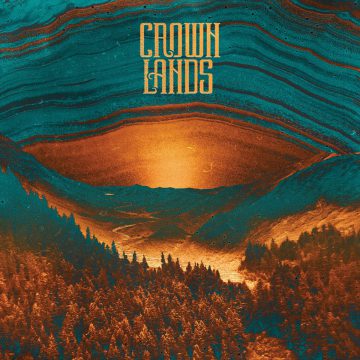 “For those who don’t know, Crown Lands consist of only two band members — Bowles on drums and lead vocals and Kevin Comeau on guitar and keyboards. The crowd was packed to see them play. Bowles and Comeau were all smiles and hugged each other before starting to play. There’s not many drummers out there who also handle lead vocals so that was neat to see right off the bat. Bowles had a nice clear voice and had a pretty boy look to him. Comeau was the bearded long haired crazy man on stage jumping around whenever he could on the small stage made even smaller with all of the Last Bullet gear behind them. Athough Bowles was the lead vocalist, it was mostly Comeau who addressed the audience between tracks.

While the songs were definitely enjoyable on a first listen, the music did seem a little thin in that you only heard the guitar, the drums or the guitar and drums together. I didn’t know any of the songs except the spirited Rush cover at the end of “Working Man.” My one pet peeve was the extended drum solo during “Working Man” which seemed to break the band’s momentum towards the end. Overall, Crown Lands put on a spirited and energetic performance. A large part of the audience around me was clearly into the band. Definitely a group to watch out for in the future.”