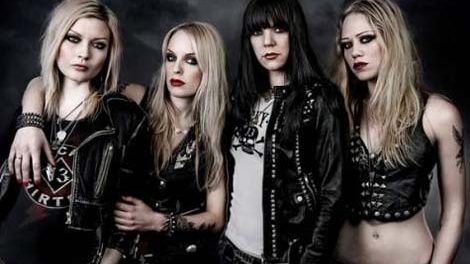 In a surprise announcement, Sweden based Crucified Barbara have announced that the band has come to an end after four studio albums and more than eleven years together. This is now the third Sweden based group to call it quits or go on an indefinite hiatus within a year after Dirty Passion and Sister Sin last year. 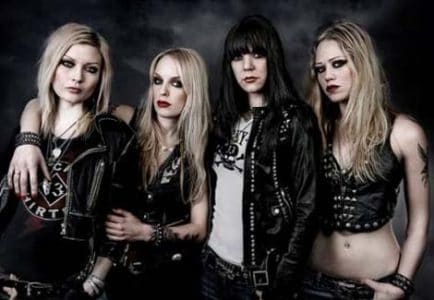 Today we are sad to say that a long journey has come to an end. Crucified Barbara were our dream and you all, made it come true!

The times we’ve had together as a band and shared on (and off) stage with you guys, leaves memories that no time can kill.

Our lives have parted and we need to move on. The last years have taken its toll on all of us and the joy of playing together got lost somewhere along the way.

But we are musicians at heart and the last chord is not taken for any of us, so we will probably see each other again, under different circumstances and in other variations.

Thanks to everyone we worked with during the years who believed in us when no one else did.

But without you, our fans, we wouldn’t have seen the beauty and the strength of what rock music can do. 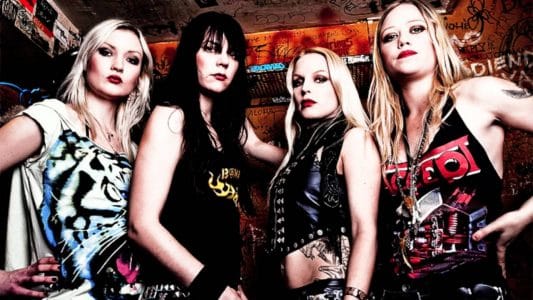 Thank you again for making our dream come true!

All the best and biggest respect!

There were some signs that things were not going well within the Crucified Barbara camp given that on May 16, 2016, the group cancelled two shows consisting of appearances at Wildfest in Belgium on May 21st and at MetalFest on June 5th due to “illness” 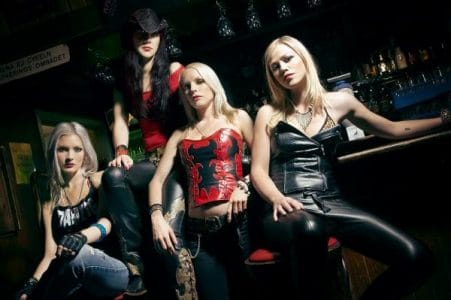 Sleaze Roxx stated the following in its review about Crucified Barbara‘s last album In The Red: “Although I have known about Crucified Barbara for a long time, I have never really got into their music given that I considered that there were many better sounding female fronted metal bands emanating from Sweden including Sister Sin and Thundermother. I think that the raunchy sounding voice of Crucified Barbara‘s lead singer Mia probably kept me away. After all, while there are many male vocalists with gruff voices, there are not that many on the female side….

At first, I was not enamoured by any means with In The Red but by the time that the Swedish rockers’ Toronto concert date rolled along, which I unfortunately ended up missing, and after playing the record multiple times, I really like a lot of the songs. That being said, more melody would go a long way to making certain songs a lot better. This is also despite Mia‘s rough and gritty vocal delivery which at times sounds more like she is speaking than singing. However, the more that I listen to In The Red, the more that I am getting used to her raunchy voice which pales in comparison to her female counterparts such as Sister Sin‘s Liv Jagrell. I don’t usually notice the drumming on records that much but Nicki‘s drumming feels spot on. In fact, musically the rhytym section of bassist Ida and drummer Nicki along with Klara‘s guitar work provide a solid framework for Crucified Barbara‘s heavy metal sound.”

Crucified Barbara‘s “I Sell My Kids For Rock’N’Roll” video:

Crucified Barbara – I Sell My Kids For Rock’N’Roll

Crucified Barbara – I Sell My Kids For Rock’N’RollAlbum: In The Red (2014)Record Label: Despotz Records http://www.despotz.se Directed by 11Frames Production…