The WildFest Festival will be taking place in Geraardsbergen, Belgium on May 21, 2016. While the line-up consisting of Crazy Lixx, Crucified Barbara, Hell In The Club, Knock Out Kaine, WildHeart, New Generation Superstars and Cellulite Star had been finalized for some time, there has been a last minute change with Crucified Barbara pulling out and being replaced by none other than The Treatment.

The WildFest Festival posted the following on its Facebook site a few days ago:

“We have some less great news. Unfortunately Crucified Barbara has cancelled their upcoming shows, including WildFest, due to severe sickness of of one of the members (please see the official statement of the band below). We as an organization are bummed out because we were really looking forward to their show. Since we have heard the news we’ve worked around the clock to find a suitable replacement. We want you to have the best experience and therefore we are happy to announce that The 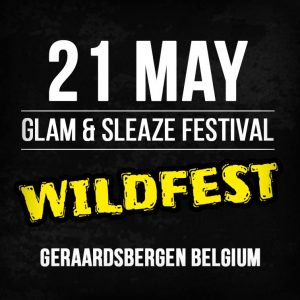 Treatment will be added to the bill. The Treatment is a UK band that already made several passages at Graspop Metal Meeting and have toured with, among others, Mötley Crüe and Steel Panther. And in addition: Wildfire from the Netherlands will be opening the festival!

Tickets are still available at www.wildfest.be/tickets, with the members of WildHeart, at Gonzo Café or with Jan De Greve.

Thank you for the continuing support and see you Saturday!

Statement we received from Crucified Barbara:

”We are incredibly sorry to announce that we have to cancel our 2 upcoming shows at Wildfest on May 21 and Metalfest on June 5 due to illness. Our deepest apologies to all our loyal fans and to the promotors of these festivals”