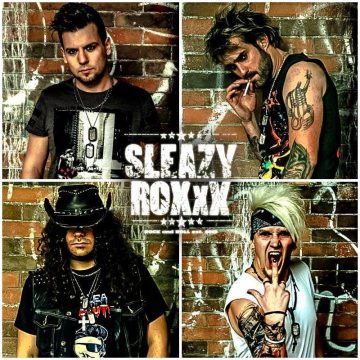 Czech sleaze rockers Sleazy RoXxX have released a video for their song “Riots!!!” from their latest studio album Topless Suicide, which was released back on September 30, 2016.

Sleaze Roxx stated the following in its review of Topless Suicide: “I always wonder why bands bury some of their best tracks deep into their albums and that is indeed the case with Sleazy RoXxX whose song “Riots!!!” is an anthemic piece that should be front and center for this album. Probably the best song of all is again buried deep in the album as “Share The Space” is a catchy rocker with lots of great melodies.

Overall, Sleazy RoXxX have come up with a very good effort in Topless Suicide, which is miles above what they offered with their previous album Dangerous Obsession. To me, the most surprising aspect of Topless Suicide is the strong melodies throughout which gives the album a melodic rock edge while retaining the sleazy aspect that you know Sleaze Roxx always likes!”