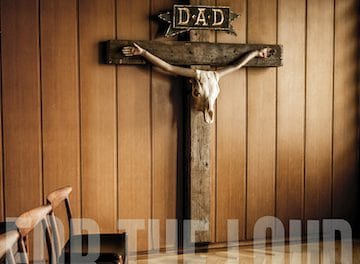 Denmark veteran rockers D-A-D will be releasing a new studio album titled A Prayer For The Loud via AFM Records on May 31, 2019. 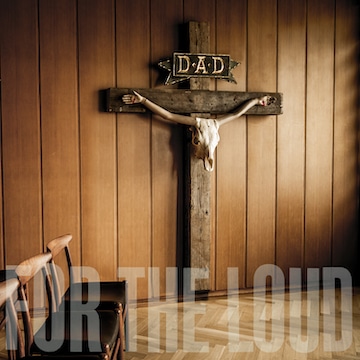 “Eight years. That’s how long it’s been since Denmark’s most celebrated rock band D-A-D released their last studio album. But now the wait is over. The band’s legion of fans can start the countdown to May 31st when the Danish rock legends unveil their latest album, ‘Prayer For The Loud’. It’s been a long time coming but it has been well worth it!

The new album harks back to the core of what D-A-D does better than most: four guys who play thrilling rock music with ferocious energy, catchy songs and an infectious commitment. ‘A Prayer For The Loud’ has a clear musical link to classic D-A-D albums such as ‘No Fuel Left For The Pilgrims’ and ‘Riskin’ It All’.

The band was able to pick and choose from a large selection of songs which have been distilled down to what bassist Stig Pedersen describes as the “cream of the crop”. Among the 11 tracks on ‘A Prayer For The Loud’ you’ll find songs that fit right into a vintage D-A-D mould: throbbing, adrenaline-soaked rock, big ballads and mid-tempo songs guided by strong melodies. According to the band itself, this is a contemporary D-A-D album where the quartet has refined some of their cardinal virtues. Everything superfluous has been discarded in the editing suite, cutting the sound and the band’s expression right down to the core.

This is what D-A-D have to say about their new album:

“In the past we have occasionally gone down new avenues to try out stuff that was pretty far from the heart of what we do. It’s been a lot of fun, but this time we have tried to narrow it down to the essence. This time around, we are just being who we really are. ‘A Prayer For The Loud’ is a record where the focus is on melodies and energy. We’ve made a real effort when it comes to writing the choruses and it’s resulted in some great songs where we were meticulous with the details without losing the original rawness and pure energy.”

The band worked on ‘A Prayer For The Loud’ for the past three years, while breaking off to go touring. The album was produced in familiar surroundings at Grapehouse studio in Copenhagen with longtime collaborators Nick Foss and Rune Nissen Petersen. It’s resulted in a record which the band is thrilled about.

Frontman Jesper Binzer says: “Most of all we are proud that we have nailed 11 awesome tracks that are based on where we are right now. We are not shooting in the dark here – this is straight from the heart.”

D-A-D has currently been on a short arena tour which took them to Denmark’s three biggest cities. In the wake of the release of ‘A Prayer For The Loud’ the band will tour major summer festivals in Denmark, Sweden, Norway, Finland and Germany. You can see the full touring schedule here: www.d-a-d.dk/tour“

D-A-D performing “A Prayer For The Loud” live at KB Hallen in Copenhagen, Denmark on April 12, 2019: