True Believer – the documentary on D.A.D. – will open in Danish theaters October 10th 2008.

You can watch the theatrical trailer below.

The brand new D-A-D 25th anniversary guitar will be launched on Friday the 10th of October at Musikhuset Aage Jensen, Abenra 3, Copenhagen. The band will be making a special appearance to meet fans and sign the guitars sold on the night. The event begins at 8:00 pm in the evening.

A new D-A-D Carl Martin Ill Will limited edition distortion pedal is released simultaneously. The guitar and pedal cannot be pre-ordered from the AAGE store or webshop before the launch. Customers buying either item will be first in line for meeting the band and getting autographs. D-A-D merchandise will be on sale as well.

While you are at it, check out some awesome artwork: the Monster Philosophy cover – D-A-D’s 10th album, to be released November 10th. 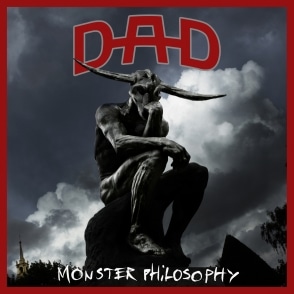