FnA Records continue to unearth some gems from the past as D.C. Lacroix have released a 25 track time spanning album titled DC La Croy To DC Lacroix, which includes an updated remastered version of the album Crack of Doom. 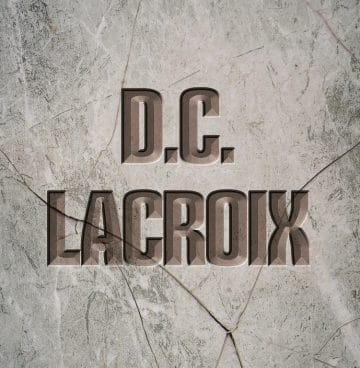 “D.C. Lacroix may be best known for their Female Fronted Heavy Metal albums of the 80’s.  Fans may remember the band’s 1986 album Crack of Doom and the 1988 album Livin By The Sword.

D.C. Lacroix is the musical entity conjured up by Dan Christopherson (aka DC) and Sylvie Lacroix. 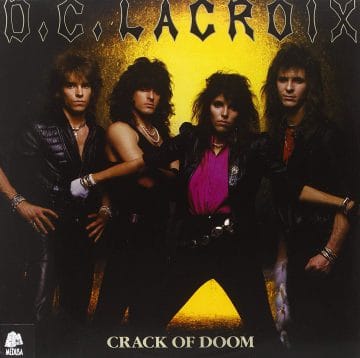 In 1984, D.C. Lacroix recorded a 4 song demo shifting their musical style into the hard rock/metal realm which was a different direction from their 1983 album entitled Call It What You Like. Once they started circulating the demo of new material they were approached by Renaissance Records to appear on the Lady Killers album, soon followed by the Pacific Northwest Metal Meltdown Vol I. While the band was starting to gain momentum, the Seattle music scene was not accommodating to heavy metal. Venues were limited, therefore Dan and Sylvie started making plans to move to Los Angeles.

In early 1985, D.C. Lacroix were approached by Black Dragon Records in Paris, France who somehow got their hands on their five song demo, some of which would later be included on Crack of Doom. Crack of Doom was released in 1986 mostly via European distribution. DCL started playing any and every club on the Sunset Strip and San Fernando Valley to get USA attention. KNAC highlighted D.C. Lacroix’s song “Rip It Up” on its rising local band show which in turn secured them a slot on the KNAC stage for the 1986 Los Angeles Street Scene Festival – playing a couple of hours prior to Guns N’ Roses.

By mid 1987, D.C. Lacroix had signed a one album deal with Enigma Records on one of their subsidiary labels, Medusa. The album Living By The Sword, was released at the beginning of 1988.

Enigma also took on the USA distribution for Crack of Doom. Upon release, DCL did a lot of magazine and fanzine interviews, radio interviews and received positive feedback from record stores across the country. The ball was starting to roll in a good direction when The A&R rep that signed DCL had moved to NY for a new career at Atlantic Records, which left no one at Medusa Records to support the next step in DCL’s future. Enigma Records would soon close their doors after that. Lips and Smithereens garnished all the attention.

At the close of 1988, D.C. LaCroix was left without a record deal so D.C. LaCroix tried a different approach by hiring a male singer. The magic however was gone and the band broke up in early 1990.

Here we are 30 years later and D.C. LaCroix and FnA Records have teamed up to bring the fans a lot of never released – never heard tracks in addition to the 1983 album Call It What You Like which was released only on vinyl, plus a fully remastered version of Crack of Doom.  The compilation of all this material is entitled From DC Lacroy to DC Lacroix. The album has 25 tracks on it and comes in at a time of 79+ minutes.

The first eleven tracks are the remastered album Crack of Doom. Tracks 12-18 are from the vinyl-only release Call It What You Like. Now don’t be surprised when you hear the Call It What You Like album as the music has a 1980’s new wave pop sound – still a very hard record to find! Tracks 19 and 20 were from a 45 released by Sylvie and Dan in 1981. Tracks 21 and 22 are from a 1984 demo that preceded the Crack of Doom album. Lastly, tracks 23-25 are D.C. Lacroix’s attempt at a band with a male singer.

From DC La Croy to DC Lacroix is a solid sounding album with tracks spanning the whole bands career. This is a true gem for those fans of female fronted heavy metal bands. This FnA Records (www.fnarecords.net) release comes with an extremely informative eight page booklet and pictures of the bands progression from 1981-1990. A limited edition of 100 numbered CD’s will be autographed by Dan and Sylvie.