UK rockers Damn Dice have lost their rhythm guitarist Diego who will be focusing on his own band Die Ego and his music school Guitar Club London. Damn Dice recently released what they called their final album titled Thriller Killer. 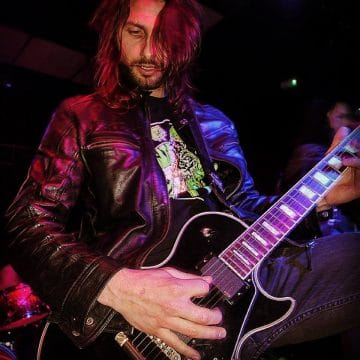 The following message was posted on Damn Dice‘s Facebook page back on March 5, 2019:

“It is with a heavy heart that we announce that our brother Diego has decided to leave the band to focus himself on his music school Guitar Club London and his band Die – Ego.

We’ve known Diego since 2011 and he joined the band in 2015 as our first rhythm guitar player. We’ve had an amazing ride together, we will always remember the time we shared together and we will miss him greatly.

However, we do understand his decision and wish him all the best with his new projects. We will still hang out together and enjoy more crazy nights out with him.

Diego will play his last gig with us on the 16th of March at HRH AOR Festival and we look forward to sharing the stage together and making noise with him one last time.

Big love to you brother ?

★ This is DAMN DICE’s new single “Stories I Write” off of FINAL ALBUM “Thriller Killer”★►► Support the band by ordering it our FINAL ALBUM now: http://www.da…

Die Ego performing “The Grave” at the o2 Islington London in London, UK: