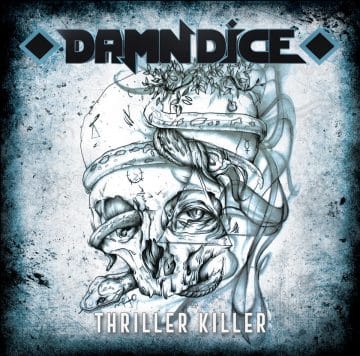 UK rockers Damn Dice have released a second single titled “Fire Below” from their self-proclaimed ‘final album’ titled Thriller Killer, which will apparently be released soon. You can pre-order Damn Dice‘s ‘final album’ directly from the band’s website. The group previously released a video for the song “This Time.”

“Despite our decision to make this our last album, this does not mean that the band is over. On the contrary, we feel like we are just getting into our stride. We will continue to produce and release new music, but have decided that the album format is not the way forwards.” Davidson continued: “We feel like the music industry has changed completely even within the lifetime of Damn Dice. Producing and releasing a full length album is a time and money sink. It’s no longer practical to sit on new material until an album is finished, which basically means going off the radar for long periods. Now that the era of physical media is more or less over, it seems that the album format is an arbitrary throwback that doesn’t make sense for us.”