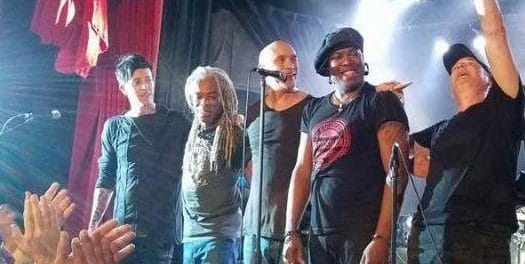 The Dan Reed Network have released a new video for their track “Champion” from their album Fight Another Day, which was released via Frontiers Music Srl back on June 3, 2016. 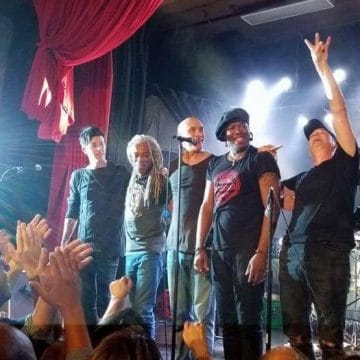 “As the New Year Celebration is in full swing down in Australia and on it’s way to the other corners of our world we offer the debut of our new DRN video ‘Champion’ to wish you a very Happy New Year celebration and to thank everyone who has made 2016 a year to remember and cherish! So many great memories of laughter and love, enduring friendships, but also a year of losing so many influential artists making it a most challenging time for many, but as this song’s intention suggests it is up to all of us to carry the torch in to the future now, to surround ourselves with people who are positive and who support the dreams, the ideas, and the undying hope for a more balanced tomorrow. Our deepest gratitude to those who made this video possible with the Pledge Music Campaign and we hope you all enjoy the video about the strength of the human spirit. Looking forward to seeing everyone on the road in 2017 and may it be a year of profound wisdom, great adventures, and much inspiration for you and all your loved ones.”

Sleaze Roxx stated as follows in one of its two reviews for Dan Reed Network‘s Fight Another Day album: “So to wrap it up, I have to return to the fact that initially when I wanted to write a review of this record, I was about to slam it a bit as over-extraneous and bland, not really catchy or memorable. But the more I listened to it, I see it kind of like the infamous Van Halen III record (without the insane Eddie Van Halen solos). Initially it sounds weak, but it grows with every listen, when you start to find new things about the songs you did not catch before. So again, I think this one will not be on any type of album of the year list, but it is still a very stellar, solid and mature rock record. If you like mixing your rock with funk and some ethno, than you’ll like it even more.”

Filmed in Portland, OregonMade possible by the kindness of those who supported the ‘DRN Champion Video Pledge Campaign’Concept by Dan Reed and Dan PredDirect…