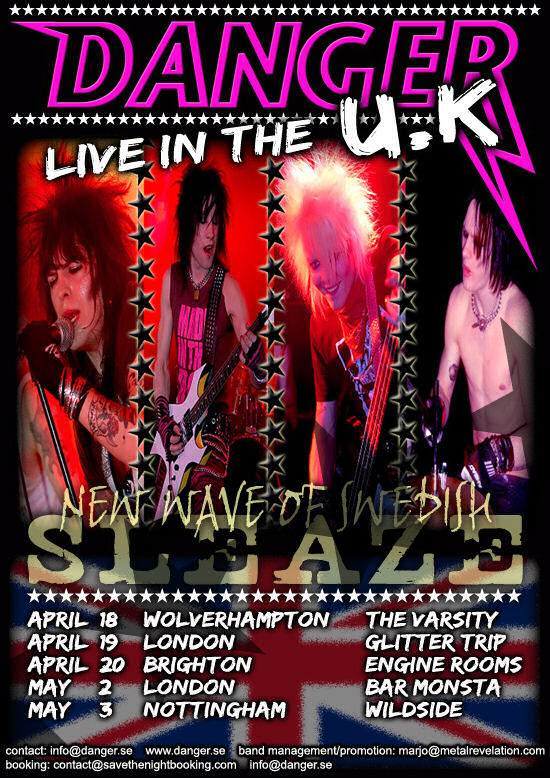 This new sensation from Sweden brings you the great feeling from the ’80s back with their glam/sleaze hard rock. In a very short period they showed Sweden what they are all about and now it’s time for the world to get to know them!

The Swedish glam/hard rock band DANGER will hit the road again and has scheduled the following dates to rock the United Kingdom:

DANGER is the new sleaze/glam hard rock sensation from Sweden. In 2 years time they have released 4 cd-singles and played an overwhelming amount of shows in Sweden in a short period. This was followed recently with a very successful tour through Germany and Holland.

Currently the band is writing and recording new material and more shows will be added as well. A huge tour through Europe is planned for late 2008.

For free downloads of all songs, please visit the brand new website: www.danger.se or visit DANGER on MySpace: www.myspace.com/bestdanger.