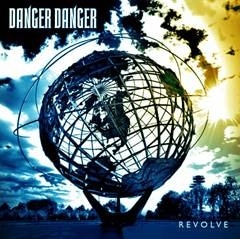 The new album coincides with the 20th anniversary of the classic self titled debut release for Imagine Records, a record that went on to become gold, spanning two US hit singles with the songs “Naughty Naughty” e “Bang Bang”. In just a few years, also on the strength of the follow up “Screw It”, Danger Danger became one of the most popular bands in the Melodic Hard Rock scene, touring with the likes of KISS, Extreme, Alice Cooper and Warrant among others.

However fate and the change in the music climate eventually brought changes. Danger Danger recorded indeed their 3rd album “Cockroach” which wouldn’t see the light of day until eight years later as, upon completion of the album, the band parted ways with Ted Poley. Needing a replacement, friend and former Elektra recording artist, Canadian Paul Laine stepped in re-recording all the vocals but lawsuits from the departed singer, caused Sony to decide it was in their best interest to shelve the record. Eventually, the band amicably parted ways with the label.

In 1995 Danger Danger returned with their first independent release called “Dawn”, a dark and introspective record which reflected dark chapter the band was into. However shortly thereafter Danger Danger would return to their unique sound and original melodic rock roots releasing “Four The Hard Way” in 1998 and “The Return Of The Great Gildersleeves” in 2000. Both records were greeted with stellar reviews from critics and fans the world over, further helping cement the band’s reputation.

After an eleven year absence, original vocalist Ted Poley returned to the band in 2004. The re-united band’s first show was in front of 25,000 people at the prestigious Sweden Rock Festival. Danger Danger’s performance was hailed as one of the highlights of the three day festival, garnering rave reviews from both fans and critics alike. The following years saw Danger Danger touring again the US, Europe & Japan and keeping their fan base “hot” waiting for the release of the brand new album.

“It feels natural to have Ted back in the band”, says founding member and bass player Bruno Ravel, “it has been like when we recorded our first album, so it was just a matter of getting to work and getting the best performances out of him and of all the other guys in the band. In retrospect I can say we managed to reach our goals, as I feel that Revolve is the best collection of songs we’ve ever assembled! There are no “filler” tracks. Having said that, the sound is a bit updated, yet still retro and very “Danger Danger” sounding. Anytime you hear Ted sing, you immediately think… “Hey, that’s Danger Danger!” and I think he has never sounded this good on any of our records!”

Danger Danger plans to tour heavily in the fall 09 and winter 2010 in support of the new album. “We know this record was long overdue and we are aware that our label Frontiers received a lot of letters asking asking “Where is the new Danger Danger CD? Why is it taking so long?” continues Bruno, “I did become a father for the first time some 15 months ago and it was a major life change and a huge adjustment for me to concentrate on this album and tend to my family’s needs at the same time. I know that’s no excuse, because we should have had the record finished before then, but that was my end of the hold up. I only hope that after listening to the new album, you’ll all feel it was worth the wait and we’re all set up to come and rock you wherever you may be !”