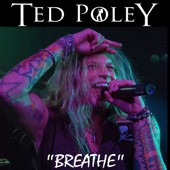 Lita Ford and Bumblefoot drummer Dennis Leeflang is proud to announce the digital release of Danger Danger frontman Ted Poley’s cover of the Michelle Branch hit single “Breathe”. This is the first official recording Dennis has done with Ted since joining his touring band in the summer of 2010. Next to his duties behind the kit, Dennis is also responsible for the production.

The new single can be purchased and previewed at this iTunes link.