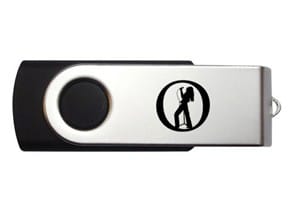 In an age where CDs are moving towards extinction as a means of musicdistribution, it’s forward-thinking that can drive the new landscape.Danger Danger frontman and solo artist Ted Poley is harnessingportability and technology in an exciting and very cool way with therelease of his ‘Greatestits’ Deluxe Edition on USB flash drive.

This set comes in a sleek, protective clam shell case, that can beautographed on request. For Poley’s worldwide fanbase, this rareDeluxe Edition will clearly be a must-have. Above and beyond thebonus features, the focus here is on music. Blast these tunes on yourlaptop or tablet computer, sideload them onto your portable MP3player, or even pop it into your USB port on the dash of your carstereo. The Deluxe Edition is available for a limited time via Ted Poley’s ebay.com store.

‘Greatestits’ includes songs that span all of Ted’s work outside ofDanger Danger, and features re-masters of some of his most popularsongs from his two most recent solo CDs, Poley/Rivera, Bone Machine,Melodica, Prophet, as well as collaborations with JK Northrup, JackFrost and Jun Senoue. The 33-plus song set also boasts rare unreleasedgems like original song demos and hard to find rare tracks includingthe impossible-to-find Xmas Song, the Japan exclusive Takoyaki Rock, aswell as two brand new demos of previously unreleased material.

‘Greatestits’ Part 2:
01. Put Your Luv On Me
02. Lovemetal
03. One And Only
04. Praying For A Miracle
05. Only Human
06. Crossing This Ocean
07. Perfect Imperfection
08. If I Were James Taylor
09.Takoyaki Rock (with special guest Jun Senoue – previously unreleased Japanese exclusive)
10. Wastin’ Your Luv
11. Listen To Ya
12. Smile
13. You Won’t See Me Cryin’ (Previously unreleased 2009 demo featuring Tom and James Martin)
14. Tokyo Nights (Previously unreleased 2009 demo featuring Tom and James Martin)
15. A Letter To Santa (Out of print Christmas song from 1994 featuring Gary Corbett and Karl Cochran)
16. Bonus track – Ted Poley (Parody of the Kiss song “Unholy” by C.C. Banana)