The Swedish glam/hard rock band DANGER has just announced that the release date of their new promotional EP “First Touch” has to be pushed back to June 27 due to technical problems in the studio.

“We were working day and night to have the mixing and mastering proces of the songs done, before the Sweden Rock Festival would start. As you all know, we always hand out free copies to the audience there and that was also the plan for this year. Our time-schedule was very tight to make it and when the equipment failed on us, there was nothing more for us to do than to accept it and to wait till all equipment has been fixed, so we can move on”, Rob Paris said. He continues “But at the end, it’s even better to do it this way. We have more time now to give the fans the best job possible. The rough versions of the songs sound already killer, it’s the best we have recorded so far. It’s the most exciting period in the band’s career, we cannot wait to let the world hear the songs!”

While the fans are waiting for the new material, more cool stuff will be uploaded on the website www.danger.se, to make the wait easier.

At Friday June 27th, “First Touch” will be officially launched with a big MySpace online release party at www.myspace.com/bestdanger where all EP songs will be streaming from 20.00 till 24.00 CET! 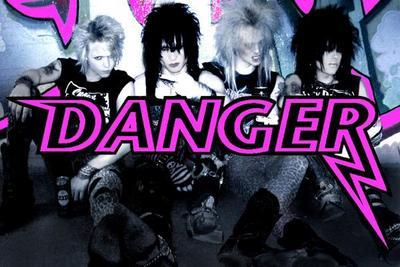