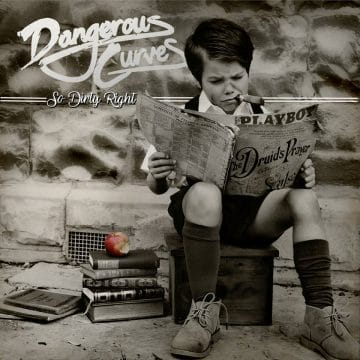 Aussie sleaze rockers Dangerous Curves have released a lyric video for the title track from their upcoming debut full-length album So Dirty Right, which will be released on April 6, 2018.

In terms of the writing process for the new album, Paul stated: “Thanks dude! Yeah well, I’ll usually have a riff to show the boys and then we start messing with it at practice.”

Robertson added: “Yeah, there’s no real theory behind it. Like we don’t write out structures and shit on a whiteboard or anything!”

Britten chimed in: “Yeah, we basically keep working on something ’til we think it sounds cool, and then the words come later ’cause you gotta know the vibe of the song before you put the words on top.”