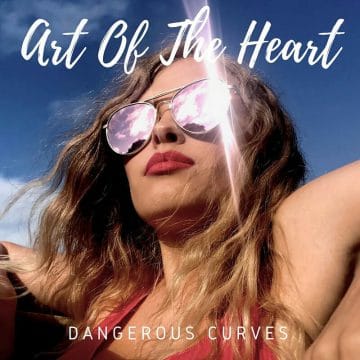 Aussie sleaze rockers Dangerous Curves have released their first video for their new song “Art Of The Heart” from their upcoming debut full-length album So Dirty Right, which will be released on April 6, 2018.

With respect to the album cover for So Dirty Right, Britten stated: “I think we had the fifties’ little Britten Alley Bratz for the theme to start with and found a template photo from that era that we could get ideas from to start bubbling the brain.”

Robertson added: “Yeah, we wanted something that would stick out and being that the album is called ‘So Dirty Right’, we started coming up with little ideas for props and stuff to suit the title. The lovely Roxanne Shoobert did an amazing job with the photo shoot with little Declan. What a little boss. Props and placement for the whole picture and we were wrapped with how it came out. Definitely one for the collection!”