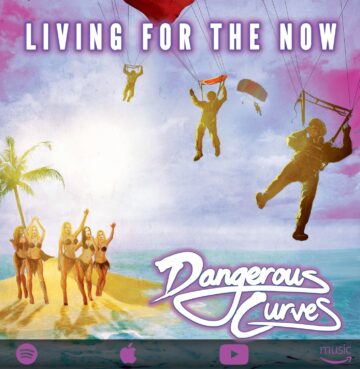 Aussie rockers Dangerous Curves consisting of lead vocalist Kym, guitarist Cammy, bassist Will and drummer Luke have unveiled a video for their new single “Good And The Bad” from their upcoming new album Summertime Highs, which will be available later this month.

Sleaze Roxx stated the following in its review of Dangerous Curves‘ debut full-length studio album So Dirty Right (which finished at #17 on the Sleaze Roxx Readers’ Top 20 Albums of 2018): “

“I can’t say enough how surprised I am with Dangerous Curves‘ sophomore effort. It’s just so much better than the first EP. I even revisited the debut EP to see if I might have been wrong with my initial assessment from two years ago (I stand by what I initially wrote) and to compare it to So Dirty Right. As it turns out, there is no comparison. So Dirty Right is just a much better, more mature and stronger record with better production, superior songs and finally some memorable melodies. It feels like Dangerous Curves have definitely elevated their game with So Dirty Right to the point that they can now be considered among the sleaze rock elite.”