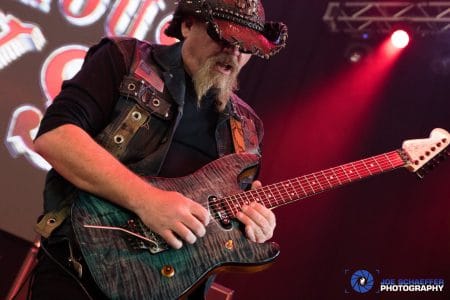 Back in early November 2018, Dangerous Toys guitarist Scott Dalhover make it known publicly that he had a lot of songs “leftover” from Dangerous Toys‘ upcoming new studio album that he’d like to record in a separate project.

It appears that Dalhover‘s new project is coming to fruition as the guitarist is looking for some new bandmates seemingly in the Dallas, Texas, USA area to play in his new project.

“I’m looking for a singer and a bass player in the DFW area to fill out my new project.

Hit me up via messenger if you think you can handle my bullshit. \m/ \m/”