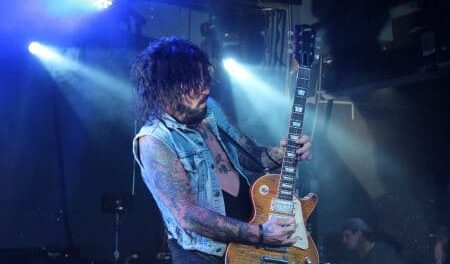 Most L.A. Guns fans will be familiar with the time periods when two versions of the band co-existed.

Back in 2002, guitarist Tracii Guns left L.A. Guns to form Brides of Destruction with Mötley Crüe bassist Nikki Sixx. Drummer Steve Riley and singer Phil Lewis forged ahead with L.A. Guns during that time. Eventually, Guns decided to start his own version of L.A. Guns in 2006 and he had a number of singers fronting that band including Paul Black (2006-08), Marty Casey (2008-09), Jizzy Pearl (2009-11) and Dilana (2011) during the next six years. In 2016, Guns and Lewis 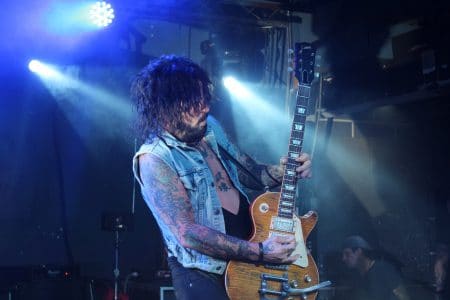 Guns currently lives in Denmark so it can sometimes be difficult for the guitarist to play gigs with his current L.A. Guns bandmates Lewis, Ace Von Johnson (guitar), Johnny Martin (bass) and Shawn Duncan (drums) who are all presumably based in the United States of America.

Guns and a handful of “hard-hittin’ friends” played their first gig together at the Head-Quarters in Aarhus, Denmark on September 15, 2022. Leading up to the show, Guns joked that this could be a new version of L.A. Guns as he noted on his Facebook page: “Danish L.A. Guns? We are ready for @headquarters_hq this Thursday night!!!”

“It’s weird how chemistry between musicians can really change the feeling and sound of live music. My assessment after thinking about our first gig in Aarhus considering we play only @laguns songs is that we sound like a cross between LA Guns, The Dead Boys and The Stooges. I really fucking dig it and can’t wait until our next show which will be Dec 17 in Aarhus at a semi private event. Super fun

next up will be @kisskruiseofficial end of October with LA Guns WooHoo!!!” 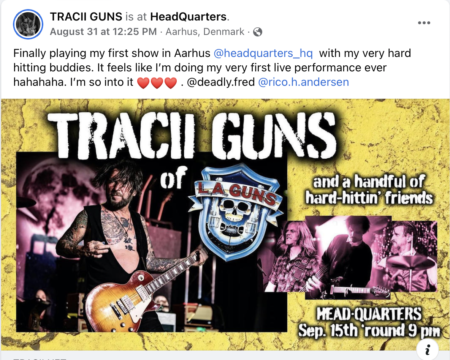