Canadian rocker Danko Jones was recently interviewed by Steve Mascord for the White Line Fever Podcast and the singer / guitarist spoke about the close-minded audiences in America. 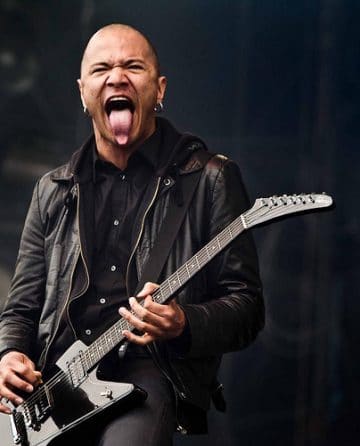 “The only time it does get, not intimidating but annoying is … we’ve been on stage where – and this happens mainly in America – where the crowd doesn’t give the opening band even a chance to play…”

“They just boo them”

“I’ve had the same conversation with a lot of other bands in the same situation and it’s only in America. In other places they at least listen and try to decide for themselves. In America it’s more like ‘if you’re not the headlining band we don’t want to see you’”

“It’s weird. It’s a real close-minded way of listening and taking in music.”

“I’ve bitten back. It always bites you back, though. You can’t go up against 2000 people. I’ve screamed back but 2000 people will start booing or chanting or whatever.”

“But it’s only in America. That’s such a weird situation. I find it a very close-minded way to take in music.”

“We’ve actually confronted some of the people who were booing us in the crowd, after the show, and they’re suddenly so timid. Not scared but timid and shy and almost sorry for doing it.”

“It’s this weird mob mentality there that I don’t see anywhere else in the world.”

You can listen to the interview with Danko Jones via the White Line Fever Podcast.