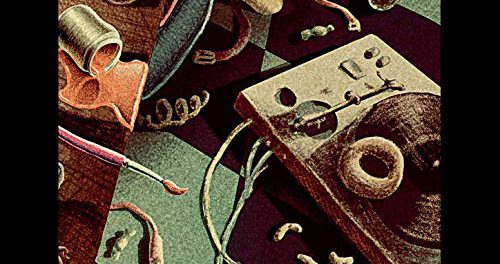 Canadian rocker Danko Jones has released a video for their song “Burn In Hell” from his band’s yet to be titled new album, which will follow up 2017’s Wild Cat. 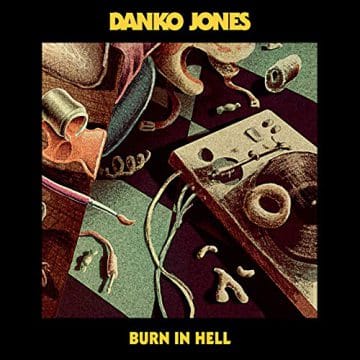 The YouTube caption for the video states: “We asked our fans to film us during our European Fall Tour 2018, playing our latest song “Burn In Hell”. This is the result – a music video made by you, our fans.”

“If you’ve been following the Danko Jones saga at all for the past two decades, then it should come as no surprise that the man’s new album, Wild Cat, opens with a song called “I Gotta Rock.” It’s a man whose oeuvre includes such R-word directives as “Rock Shit Hot,” “Do You Wanna Rock?,” “Rock ‘n’ Roll Proletariat,” and “Rock ‘n’ Roll Is Black and Blue.” Just as cows moo and cocks crow, Danko Jones exists to rock. It’s his innate, guttural mode of expression. His daily ritual. His life’s work.

But as “I Gotta Rock” cuts the leash on Wild Cat and kicks into its furious sprint, what strikes you is not so much the self-evident message as the desperation in Danko’s delivery. You’d think that after 20 years, nine albums, world tours with the deities like Ozzy Osbourne, Guns N’ Roses and Motörhead, and countless main-stage appearances at the world’s premier music festivals, Danko Jones would have had his fill of rocking. But when he declares, “I want it now!,” you can instantly feel the nervous energy his jittery hands, the cold sweat streaming down his face, the hunger stewing in his stomach.

It’s as if the electrical shock he experienced when he rst heard KISS’ Destroyer as a six-year-old is still coursing through his veins. And by the time the song’s breakneck opening verse explodes into that anthemic woah-oh-oh chorus, you’ve been treated to a crash course in what Danko Jones does so well: He takes the decaying corpse of rock ‘n’ roll, jolts it back to life, and makes you believe it can once again conquer the world. And like any endangered species, this wild cat has only become more tenacious and ferocious the longer he endures.”

We asked our fans to film us during our European Fall Tour 2018, playing our latest song “Burn In Hell”. This is the result – a music video made by you, our …