Canadian rocker Danko Jones has released a video for his new song “My Little RnR” from his upcoming new studio album Wild Cat via AFM Records on March 3, 2017. 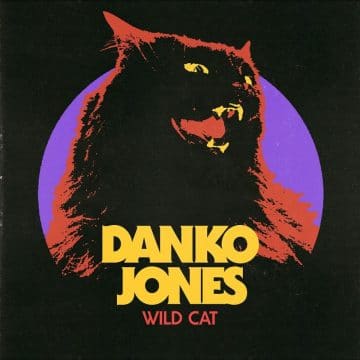 Sleaze Roxx caught Danko Jones in concert back in Toronto, Ontario, Canada on March 14, 2014 and stated as follows in its concert review: “Danko Jones and his band hit the bare bones stage, which mainly consisted of a large backdrop with the logo “Danko Jones” in red. It became obvious that the band would let their music, as well as its frontman’s mouth, provide all the entertainment — and frankly, that was more than enough.”

Sleaze Roxx went on to conclude: “Although I recognized a lot of the songs played due to my earlier purchase of ‘This Is Danko Jones’ two weeks prior to the show, there were three songs that really stood out for me — “First Date”, “Cadillac” and “Code Of The Road”. The rest of the songs performed seemed to sound more or less the same, and follow the same mostly simplistic formula built on a good guitar riff and Jones‘ singing/yelling — not that this was a bad thing, because I enjoyed every song that Danko Jones played. Both Jones and bassist John “JC” Calabrese were bundles of energy and really made up for the lack of a stage show. At the end of the gig, Jones declared his love and affiliation to Toronto when he blurted something to the effect of, “I was born in Toronto. I was raised in Toronto. I will die in Toronto and I will be buried in Toronto”. After all was said and done, I had to conclude that Danko Jones put on a great show and made a fan out of me — and I suspect many others on that night!”