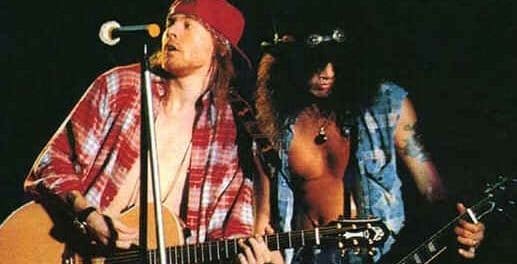 Tyketto lead vocalist Danny Vaughn was recently interviewed by Radio Exile keyboardist Charlie Calv for Totally Driven Entertainment and spoke at length about the time that he was called into duty to sing background vocals on Yes‘ album Union in 1990. 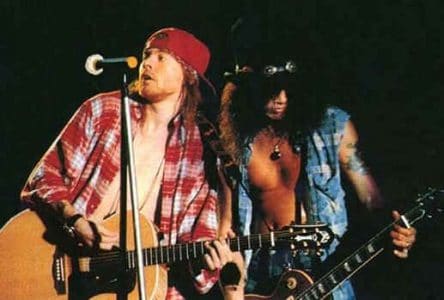 Vaughn was asked towards the end of the interview whether he had any other interesting tidbits or funny stories that he could share about the experience to which he replied (with slight edit):

“Oh absolutely! But my best one isn’t actually about Yes. Jonathan, Brian and I were taking a break in the studio lounge and I was looking out the window when a BMW convertible pulled up in front. The back seat was loaded down with gold and platinum framed discs. The driver, in spandex bike shorts, t-shirt and do rag, hopped out and gathered them up in his arms and marched into studio A. It was Axl Rose. GnR were working on one of the “Use Your Illusion” albums at the time. About 10 minutes later, still sitting in the lounge having coffee, we hear this massive ruckus coming from studio A. Shouting, stuff being thrown around and smashed, all kinds of noise. A few minutes later, Slash comes storming out of the studio and plops himself down in the sofa seat next to me. Nobody says a word for a while. Then, quietly, he says to us, “I fucking hate when he comes to the studio”.”

You can read the rest of the interview with Danny Vaughn by Charlie Calv at Totally Driven Entertainment.