Great news for fans of Great White as recordings from the band that predated the group — Dante Fox — will be seeing the light of day. Dante Fox‘s The Roots of Great White 1978-1982 will be released via Cleopatra Records on October 25, 2019. 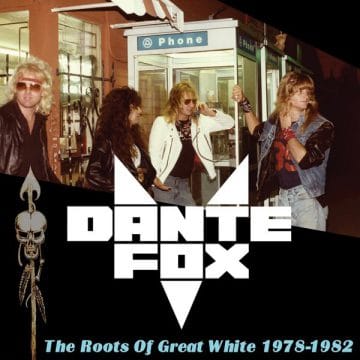 Includes songs that would eventually find their way onto Great White’s 1984 self-titled debut album such as “In Love” (later re-written as “On Your Knees”) and “Money” (later rewritten as “Stick It”)!

Available on both CD and limited edition BLUE vinyl!”