Megadeth bassist Dave Ellefson posted a Facebook message yesterday reminiscing on a photograph that he thinks depicts himself with the Overkill frontman in New York City, New York, USA in January 2010 but in fact shows him with Canadian rocker Brian Harps reportedly in Montreal, Quebec, Canada in 2009. “#everybasshasastory this photo taken backstage at B.B. Kings in New York City with Bobby “Blitz” Ellsworth from OVERKILL when he joined me on a HAIL! show that night in January 2010 (a sort of pre Metal Allegiance band I had from 2006-10 featuring Andreas Kisser, Tim “Ripper” Owens and on this gig Mike Portnoy) and this bass pictured is the prototype of my Peavey DE Scorpio signature model bass. This bass is a beast, as it had a one of a kind active pre amp and Seymour Duncan P/J pickup configuration. I still have it tucked away in my bass archives. #hail! @peaveyelectronics”

Sleaze Roxx caught Potion 13 playing live when they opened for Helloween in Montreal, Quebec, Canada back in February 2016 and stated in its concert review: “First up to open the evening’s festivities was a Quebec based group that I had never heard of before — Potion 13. Their portion of the stage was decorated with little skulls so I was not sure what to expect from the group. At about 7:55 pm, two females and two males took to the stage before the towering male guitarist with the curly blondish locks by the name of presumably Brian Harps yelled out some big screams to the audience’s delight. It became apparent that the guitarist was addressing the crowd in French and I was able to catch him state in his Quebec slanged French: “Est-ce que vous êtes en forme a soir?” (rough translation: “Are you in form tonight?”).

To my surprise, Potion 13‘s female lead vocalist, presumably named Danielle Langlois, started singing in French. The crowd did not seem to mind and in any case, with such a great voice, who cares in what language that Langlois was singing in. The enthusiastic Langlois did a good job of engaging the audience and I noticed quite a few people rocking out to Potion 13‘s brand of seemingly Judas Priest classic styled heavy metal. Frankly, I was quite impressed with Potion 13 and I would have bought a CD from them on my way out of the venue had I seen where (and if) their merchandise booth was set up. It was my first time hearing a heavy metal band sing more than one song in the French language and I enjoyed the experience. To my surprise, I was actually a little disappointed that Potion 13 only got to play five songs by my count and their too short set ended at 8:20 pm.” 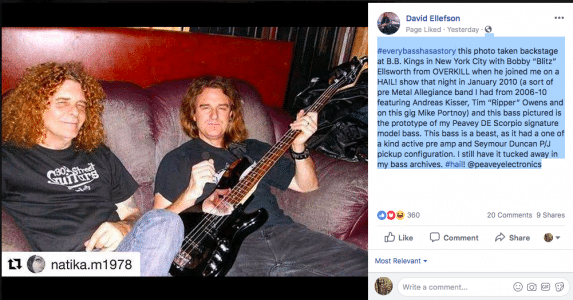