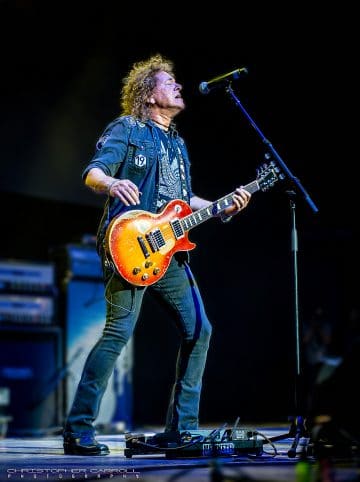 With a class action lawsuit by over 700 musicians against Universal Music Group as a result of a fire back in early June 2008 that destroyed more than 500,000 archived master audio recordings dating back to the 1920s, artists are finally getting to find out which of their albums have been affected.

“Well everyone, I just received the report from Universal about what Y&T titles were lost in the fire and what remains. Though Universal still has safety copies of many things left in the vaults on various formats, we have lost forever the 1/4″ and 1/2″ analog masters to Earthshaker, Black Tiger, Mean Streak, In Rock We Trust, and Open Fire!!!

That is the bulk of the most important analog masters to lose. These are the MAIN masters from which the original records were made.

It’s like losing your original painting, while there are photo copies still around. A sad day to reflect back on watching these get recorded to those 2 analog tape formats and listening back to those exact masters as each song was mixed down in the studio. Irreplaceable from an artistic and emotional standpoint.