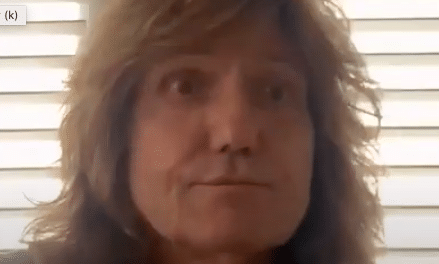 Whitesnake frontman David Coverdale was recently interviewed by media journalist Mark Dean for Anti Hero Magazine. Coverdale was asked whether he had any thoughts of bringing back former Whitesnake members to play during the group’s upcoming farewell tour to which he replied: 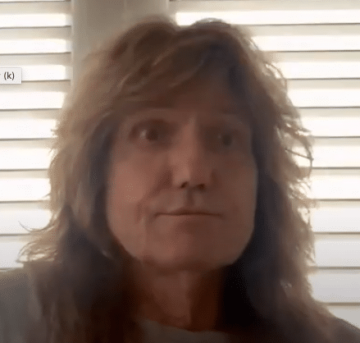 “We’ll see what happens. We’ll see what happens. As you probably know, on social media I ask people, “Please don’t show the setlist.” I don’t want people in Birmingham knowing what I played in Manchester. Which is one reason why now I want to try to get a couple of other songs. I mean, the number of songs I want to play, I’m not going to be able to play within time. I’ll be fucking wiped out. I’ve got to be very discerning on what’s going to be a beautiful, emotional collection for the band and the folks in the audience.

But yeah, so the last couple of years I’ve had Bernie guest with us, Adrian Vandenberg, Steve Vai I’m hoping will be able to stop by. But it’s all going to be dependent on health situations, it’s all going to depend on who’s where. Because bringing Bernie on stage is always a gas, and Adrian and I are best of friends. Steve Vai and I are text pals. And it’s a beautiful thing to maintain. Because it’s not across the board, some people don’t. After I lost Jon Lord in 2012, I thought, “My God, we’re all getting to an age where I’d like to bury any hatchet we have.” So not only professionally, but also privately, to me it was a huge emotional year for me after losing Jon. And most people I reached out to were very happy to shake hands and let the water go under the bridge. And some just weren’t interested, which I totally understand. But I’ve made my side of it, so I don’t feel bad about it.”

In terms of whether he has any interest in doing a “definite autobiography”, Coverdale indicated:

“No, I don’t see that as something that I would be interested in doing, given the circumstances. I’d have to be totally honest, and that would be very damaging to those relationships. So, to me it’s not worth it, I don’t need the money. People who usually know my story, and my songs, the lyrics are pretty much journals and diaries of experiences. The difference between me and country and western music, is I don’t use names. But yeah, and I also haven’t finished whatever the hell I’m here to do, there’s more to do, I have more projects in mind for Whitesnake, and the music will continue.”