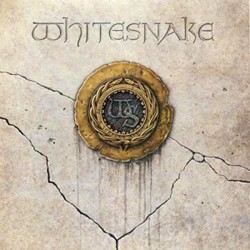 After eight studio albums in 10 years, Whitesnake had managed to keep hard rock relevant, in an ever changing ’80s rock market in the UK, while America had yet to fully embrace the band. Bandleader/singer/songwriter David Coverdale was sidelined with a potentially career ending chronic sinus infection midway through this project.

Coverdale reveals to show producer and host Redbeard just how serious his health scare was. “He (the doctor) put a small flashlight into my mouth… and said, ‘This is the worst sinus infection I’ve ever seen, I’m surprised you could even talk’. I came back and prepared for surgery and a 50% chance I would never be able to perform again.”

Three million dollars in debt and having just recovered from throat surgery, Coverdale put it all on the line. “We shot three videos in two weeks, “Still of the Night”, “Here I Go Again”, “Is This Love” and things just went nuts.”

InTheStudio is syndicated on over 50 radio stations throughout North America. The Whitesnake/InTheStudio program will air the week of March 19th at www.inthestudio.net/this-week-in-the-studio/whitesnake-87.