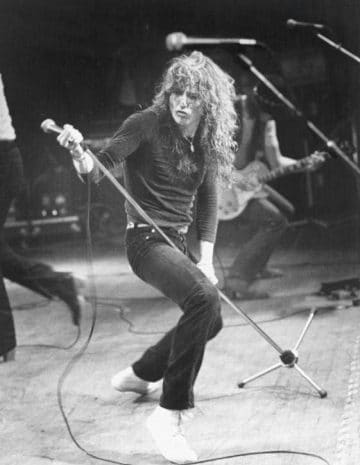 Rock Candy Records now has its own magazine called Rock Candy Mag in print and digital forms. Rock Candy Mag‘s inaugural edition came out and is available at www.rockcandymag.com.

Rock Candy Mag has apparently learnt that there could be a reunion of the original Whitesnake band members. Former Whitesnake and current Snakecharmer bassist Neil Murray reportedly told Rock Candy Mag: “Because of the way that I was pushed out of Whitesnake after the recording of the ‘Whitesnake’ album I didn’t speak to David Coverdale at all from ’87 until sometime last year. But then we got back in touch and things have been very cordial between us since. There was an opportunity 10 years ago for the original band to get back together. I know there was a big offer on the table, but David turned it down – and Micky Moody’s never forgiven him for that. I can understand that. It’s galling to see other people making an absolute fortune out of the band when you don’t. But I know that David wants to do something for the 30th anniversary of the album, so things could well happen.”

As per Wikipedia, the original Whitesnake line-up consisted of David Coverdale on lead vocals, Micky Moody and Bernie Marsden on guitars, Neil Murray on bass, Jon Lord on keyboards and Dave Dowle on drums. That line-up recorded the first two Whitesnake albums — Trouble (1978) and Lovehunter (1979).