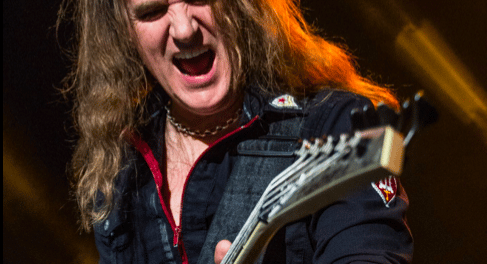 David Ellefson feels like music is the backdrop of other things in L.A. now 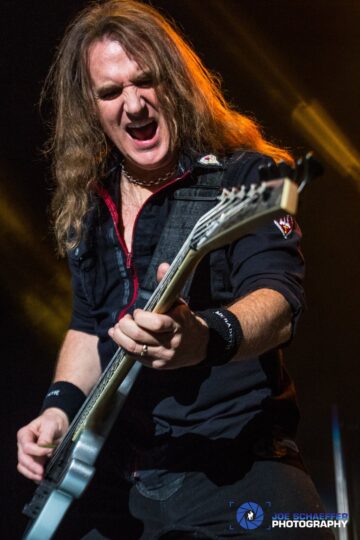 Ellefson was asked what was the experience of coming up in the L.A. metal scene in the early 80’s like and how it compares to the current L.A. music scene.

“When I got there in 1983, I moved into this apartment up on Sycamore and Hollywood. I used to jam at my place there with Dave [Mustaine]. We were starting Megadeth and getting Gar [Samuelson] and Chris [Poland] in the band. There was just a lot of music around. This is where we hung out around the time of the So Far, So Good…So What! tour. It’s where we wrote the beginning of “Holy Wars […The Punishment Due].” Slash would come over and jam with us too. That was as big as our life was at that time.

Metallica was abuzz on the West Coast. They were recording Kill ‘Em All at the time. I met Dave about six weeks after he was out of that band [Metallica]. Back then, that whole street was all kids like me who had moved from somewhere else to try to make it as a musician. rock ‘n’ roll and metal were all over the radio. Steve Lukather was a favorite, you know, with The Tubes. Of course, Eddie Van Halen was huge. Randy Rhoads had made his impression with Ozzy. Autograph, they had their guitar player, Steve Lynch. He was teaching over at M.I. [Musicians Institute]. The Toto guys would do drop-ins over there. The Sunset Strip was booming. Mötley Crüe was taking off and Quiet Riot was number one on MTV. It was a very musical town back then. That was the scene. That was what the landscape looked like.

I used to feel like all these different things were happening around L.A. I don’t sense that at all anymore in L.A., you know? It doesn’t seem like rehearsal rooms are booming. It isn’t the sort of action-packed town of music it used to be. It seems like music is the backdrop to other things. It’s funny, I was just there. I was out there for about a week working on a handful of things. I was driving around and reminiscing. I drove around by Cherokee and Fountain. I lived in an apartment around there at some point. I drove by there, and I took a picture of it.  I would see something and think, “God, it’s not at all like it was back in 1983.” It wasn’t in a remorsefully nostalgic way though. I’m not that guy at all. I believe that life moves forward, and you have to embrace the new.”

You can read the rest of the interview with David Ellefson at Vinyl Writer Music‘s website.