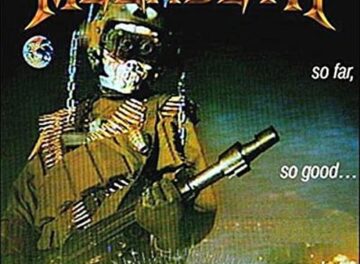 David Ellefson feels Megadeth’s ‘So Far, So Good… So What!’ is the album when he became a songwriter

Former Megadeth and current Kings of Thrash and The Lucid bassist David Ellefson was recently interviewed by Andrew Daly for Metal Sucks. 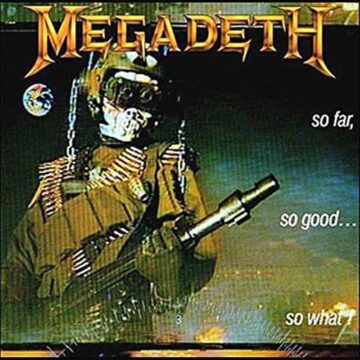 Daly noted that Megadeth‘s So Far, So Good… So What! album (1988) was turning 35 years to date. Ellefson was asked what were his memories from recording that album to which he indicated:

“That was a funny record because the band was in a state of almost freefall, and we needed to correct our course quickly. We needed to deliver a record to Capitol Records, who wanted the album sooner than later to fulfill the deal we had with them. That wasn’t the time to have a misstep, we had big tours and huge things awaiting us, and there was certainly pressure to get it right. I remember there being a ton of pressure to get in the studio, get the record done, get on the road and keep the train rolling, which we did successfully.

So, that record was kind of this entrance point for me creatively with the band where my name was on the record as a writer. Through that process, I got to feel a much deeper ownership over the songs than before, which made a massive difference for me. I think, in the long view of the catalog, So Far, So Good… So What! falls between Rust in Peace and Peace Sells in terms of importance. And those are the highly acclaimed records, but I think So Far, So Good is right there, too. I guess So Far, So Good, and Killing Is My Business are the cult classic records that, over the years, fans have asked for. And that’s why we’re out there performing them now.”

You can read the rest of the interview with David Ellefson via Metal Sucks‘ website.

Megadeth‘s “Anarchy In The UK” video: