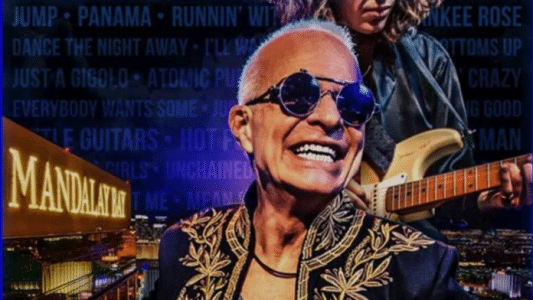 With his 64 year old Van Halen bandmate / guitarist Eddie Van Halen seemingly missing in action and laying low, Roth was asked about the status of the band to which he replied (as outlined by Blabbermouth):

“I’m the face of Van Halen from this point on, most likely. I’m not sure what’s happening with Ed [Van Halen guitarist Eddie Van Halen], but he’s probably not gonna answer the bell this time. And it’s not my place to guess. But we’ve been in touch. The fellows who I’m working with in terms of my road crew and the amps come from Van Halen.”

When Roth was asked whether he was implying that Eddie Van Halen had been battling some health issues of late, the singer advised: “I hear all the same rumors that you do and it’s not my place to guess.”

Back in mid-April 2019, a photo of Eddie Van Halen was circulated that led many to speculate on the guitarist’s health status.