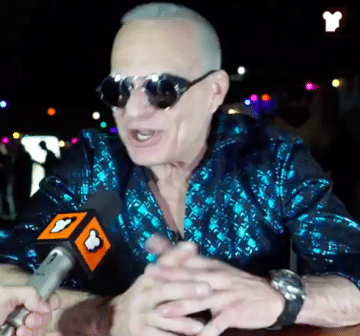 In a short interview clip posted on Instagram yesterday from the music interview website Toazted, Van Halen frontman David Lee Roth was asked whether he will have new music coming up soon to which he replied (as transcribed by Sleaze Roxx):

“There is certainly more music. If you want hear more updates, dial into davidleeroth.com, the David Lee Roth — The Roth Show. All roads lead to David Lee Roth after this many summers. Plenty of music coming up. I’m going to be seeing the Van Halen brothers next week or so. We’ll be talking about what’s coming up then.”

In terms of whether there’s new Van Halen music with his vocals, Roth indicated: “I make no promises but I make promises but I don’t. I have to publicize now that I’m not talking.”

Back in December 2018 during an interview with Vulture, Roth hinted that Van Halen would be playing a live show during the summer and the band was to “happen” in 100 days. Nothing seems to have materialized so far in that regard.